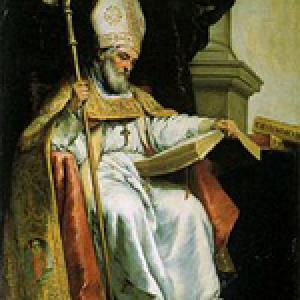 Don’t know who to pray to in moments of desperation? Now you can relax. Programmers have a saint – St. Isidore of Seville.

A very learned and intelligent gentleman who lived in Spain in the 6th and 7th centuries and, to quote Wikipedia, “wrote about mathematics, astronomy, medicine, human anatomy, zoology, geography, meteorology, geology, mineralogy, botany and agriculture. He added nothing innovative or original, carried out no experiment, made no new observations or reinterpretations and discovered nothing, but his influence on the Middle Ages and the Renaissance was great”.

Here’s a statue of him:

Not being a believer, I won’t be using it – but it’s curious all the same.