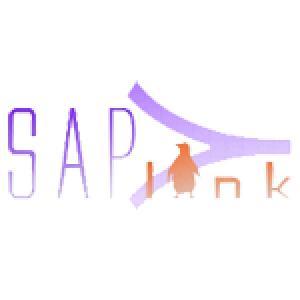 SAPlink is a Z program that is installed in the development environment and which enables a wide variety of object types to be imported and exported from the Workbench.

Take a look here at some examples of how SAPlink can be used:

SAPlink works with plugins. There is a plugin for each object type. There are plugins for lots of things: classes, function groups, Smartforms, tables, tables contents, etc. But there are still heaps of things without plugins. And there are some plugins with limitations. For example, although there is a plugin for classes, there are times I needed to export abstract classes and it resulted in a bit of a mess.

If at the outset SAPlink is not very intuitive, once you have understood it, it is very easy to use. It has, as predicted, two operating modes, one for exporting and one for importing objects. It also has two ways of storing objects, nuggets and slinkees. Let’s stay with nuggets which are the most common.

To find out whether SAPlink already exists on your SAP system look up the program ZSAPLINK in SE38. If it does not exist you have to install it.

Now imagine that you want to export an object from one SAP to another. A table or a program or whatever you feel like. You must do the following:

If you open the file you will see that it is an XML with your object saved there in a format recognised by the SAPlink plugin. Now go to the SAP where you want to put the table you just exported and do the opposite. In other words:

If you still have doubts read the manual.

And if you do need some type of object that SAPlink still does not support, why not consider contributing to developing a plugin for it yourself.

Note: In the past I talked about another little program for this which enables the same thing. Well you may as well know that this is nothing in comparison because this one is a thousand times better.

Update: meanwhile abapGit came up and SAPLink is now obsolete.