if you love your neighbour, avoid CLEAR 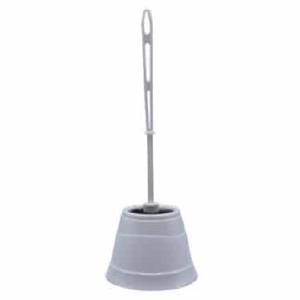 Please stop. Too many regressions happen because someone forgets to CLEAR or to not CLEAR a variable.

I’ve seen the CLEAR statement being used in the following scenarios:

Let’s look at each of the scenarios:

1. Before assigning a value to a variable

Believe it or not, I’ve seen this being done:

Which may not seem as silly as the first exame… but it really is.

2. Before, during or after a LOOP

This is useless, of course:

Just get rid of that CLEAR.

This is not useless:

And yet, it can be avoided by using the function extraction refactoring technique to encapsulate part of the outer loop content:

The CLEAR is no longer needed because the auxiliary variable SUM is now local to the SUM_ITBL_B method. Its scope was reduced.

And this can be made more modern by using the REDUCE comprehension:

Most CLEAR statements can be avoided if the scope of the auxiliary variables is kept as small as possible.

Let’s get it out of the way:

Conclusion: The only scenario in which CLEAR may be needed is if one needs to initialise a CHANGING parameter.

4. When a big internal table is no longer needed

If memory is an issue, it is definitely a good idea to free up memory as soon as possible. But in this case CLEAR is not the best option because it will not release the memory immediately. You should be using the FREE statement instead.

5. Because we WANT to CLEAR a variable

Ok. This is the only scenario in which using CLEAR makes total sense.

The conclusion is: avoid using CLEAR as much as possible. They are one of the biggest reasons regressions happen. Especially in code where routines have thousands of lines and dozens of global variables. Interestingly, I had to use a CLEAR statement just a few days after having written this article. I noticed it because I use it so sparingly. I used to CLEAR all EXPORTING parameters but not anymore, since now I know that I can pass them by value.