Communication by event between programmes 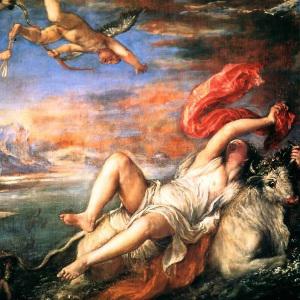 In Greek mythology, the gods’ most commonly used means of communication with mortals was rape. They would rape for no reason whatsoever.

The closest thing we have to rape in ABAP is the command “SUBMIT”, which is also the most common way of communicating between two programmes.

But there are less crude ways for a programme to communicate with another, e.g. by using an event.

Let’s imagine you have a programme called ZEUS (strictly speaking, it would be ZEUS_TOURO, but OK) that wants to communicate with another called ZEUROPA.

Alright then. When you run the ZEUS programme, It launches the event ZAS, Which triggers the job ZEUS_ZAS_EUROPA, Which executes (heaven forbid) ZEUROPA.